When you book with an account, you will be able to track your payment status, track the confirmation and you can also rate the tour after you finished the tour.
Sign Up
11816

The history of Ballooning began in Georgia in the 19th c., while modern history of Georgian ballooning starts in 2005, when the First Aeronautic Club was founded. The Georgian Air Navigation Administration allotted the Club flight zones almost throughout the whole country. Flights in Georgia are extremely appealing to balloon pilots. This is because that hot air ballooners have unrestricted use of the air space in our country and the weather conditions allow for flying almost all year round. The flights themselves are extremely interesting. The mountainous landscape creates unique air currents: during one flight you can make several 90-degree changes in direction and after passing over the tops of mountain ranges, land in a picturesque valley. The most favorable flights zones in Georgia are areas in Kartli and Alazani valleys.

Do not hesitate to Contact us for more information and we will organise unforgettable flight.

Well managed hunting reserves mean that Georgia has some of the most abundant game anywhere in Europe. Georgia’s rivers burst with trout and other fish, making angling a popular pastime. Contact us and we’ll provide all the information, consultations and fully organized hunting and fishing tour. Autumn hunting begins on 28 August and lasts till April.

Georgia brims with opportunities for the climber. From the breathtaking flanks of Mt Ushba (4710m), which offers some of the most technically difficult routes in Europe, the majestic slopes of Mt. Mkinvartsveri (5033m) sometimes called Kazbek, to other not less challenging routes – every level of climb has its venue. The lower Chaukhi Mountain (3688 m) also offers a haven for rock-climbers.

The mountain regions of the Caucasus, which extend from the Black to the Caspian Seas, offer innumerable opportunities for hiking, ranging from afternoon long strolls to some of the most gruelling treks anywhere. The Greater Caucasus is the most spectacular mountain range in Europe, and the twin-peaks of Ushba can compare with any in the Himalayas. Walking in the presence of grand snowy peaks is truly invigorating – the more so due to its originality. To the South, the Lesser Caucasus impresses hikers with its high plateaus and beautiful lakes. We can offer a large selection of walking tours – lasting from one day to three weeks, and always through stunning scenery.

If you love mountains, Contact us because we guarantee the best trekking experience.

Jeep tours can be arranged across Georgia. Self drive or with driver, Georgia offers tours ranging from easy going to seriously difficult off-road driving. Although this way of seeing Georgia could take as long as you like and as many amazing places as you can handle. We advise bringing food, appropriate clothing and other supplies for these tours, most of which take place in remote mountainous areas.
Contact us to suggest and organise itineraries.

Georgia makes a big opportunity for adventure lovers, including mountain biking. Geographical location and relief offers enormous surprises. This sport is new in Georgia and getting more and more poplar.

Years ago existence of bikes on Caucasus roads and pathways was a big phenomenon, but today this not a surprise any more. With the lack of plain places, Georgia is an excellent country for searching adventures. In Svaneti, Mestia bike rent service offers tourists new bikes and get knowing of this beautiful nature.

Whether following the bridal paths of shady green forests, traversing lofty mountain passes, or trotting across alpine meadows, the horse is perfectly suited to Caucasian exploration. For thousands of years it has carried people to places beyond the limits of today’s sturdiest 4x4s. The local short but very strong horses can surmount amazing difficulties. Its ecological status is impeccable and is still the main mode of transport in the higher mountain villages. Horse tours in the Borjomi-Kharagauli National Park, Algeti National Park, Khevsureti, Tusheti and Svaneti regions are great ways of seeing what the areas have to offer.

Contact us, and we will offer horse riding with the experienced guide.

With its abundance of crystal mountain streams, deep gorges and gushing rivers, Georgia is a playground for rafting. The extreme sport took off in Georgia in the 1980s. The rivers in Georgia offer opportunities for almost all rafting categories, from the easiest to the most dangerous. The Pshavi’s Aragvi is a favorite rafting destination, and is less than two hours away from Tbilisi. The wild mountain river flows through amazing forested valleys into the picturesque Zhinvali reservoir, and most tours cover a distance 15 kilometers in one and a half hours. Following the course of the Georgian Military Road, rafting tours on the Mtiuleti’s Aragvi cover 13 km, starting from Pasanauri and ending at the village of Meneso. Rafting tours are also organized on the Enguri River in Svaneti, these tours are only for highly experienced rafters, and some of them comprise stretches of river that are in the most dangerous category. Rafting for all abilities takes place on the Rioni River in Racha. The Mtkvari River has a number of different rafting locations, including the moderately difficult stretch at Borjomi, or the fairly easy course past the Vardzia cave complex. The rafting season starts in April and continues till the end of October.

With its clear skies, high mountains and deep valleys, paragliding is becoming increasingly popular in Georgia. Much of the country remains unexplored by paragliders. Usually flying season starts from April and lasts till October. If you do feel like paragliding Contact us and fly any time during your visit in Georgia.

It is difficult to imagine a more varied and awe-inspiring birding location than Georgia. Within the Western Palaearctic, yet home to Himalayan-like 5000m mountains and endless Asiatic steppe, this compact country produces outstanding birding tours.
It has over 360 recorded species of bird including three endemics (found only here) – Caucasian Black Grouse, Caucasian Snowcock, Caucasian. By comparison, all of Western Europe has but one endemic. This is due to both the incredible diversity of landscape and Georgia’s position along migratory corridors. All three of the country’s endemics can be seen in the high mountains around Stepantsminda.

The coast of the Black Sea and the high Caucasian passes are particularly rich in birdlife. As a result Georgia has four vultures and eleven eagles, Flamingos, Bee-eaters, Rosefinches, Black Redstarts, Wall Creepers and numerous kinds of shrike, warbler and finch only rarely found in the rest of Europe. During migrations pelicans, storks, herons, owls, orioles, cuckoos, swallows, hoopoes, martlets, kingfishers and nightingales can be seen. Javakheti lakes, uninhabited semi-desert and the Greater Caucasus are the places that always fall into the routes of bird watchers.

It is often forgotten that the common pheasant found across Europe originates from Georgia’s own Phasianus Colchicus, it is thought they were brought to the rest of Europe by the Greeks in the bronze age.

Birding here is ever more popular and some of the best locations are not as remote or difficult to reach as you might think. Contact us and we will help you to reach fantastic viewing locations, such as looking straight down on an eagle’s nest or living directly below a virtual ecosystem of migrating birdlife. 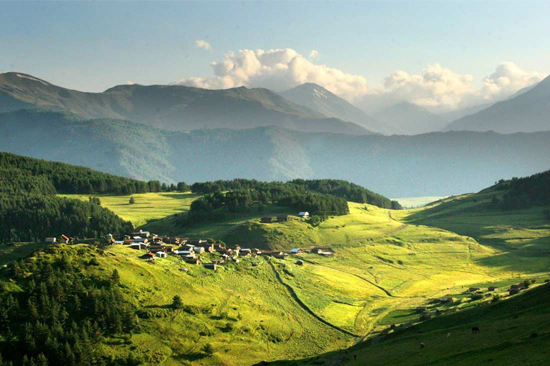 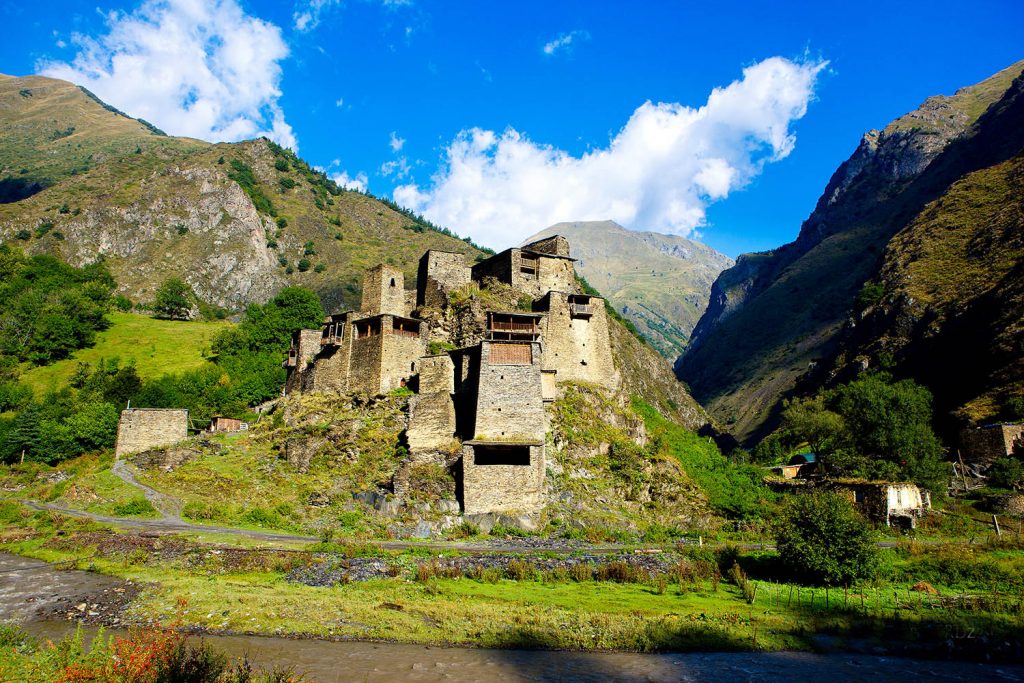